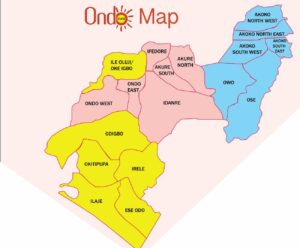 Pension to former Governors and their deputies in Ondo state would gulp N10.916bn in this year’s budget.

The state Commissioner for Economic Planning and Budget, Mr Emmanuel Igbasun, said this in Akure while giving a breakdown of the 2021 budget.

He explained that the planned Ondo deep seaport would gulp the sum of N525m while N608m would be expended on drilling of boreholes and other water scheme projects.

On expected revenue, Igbasun said the state hoped to raise N28.778bn from Internally Generated Revenue adding that efforts would be geared towards expanding the fiscal space by broadening the tax base.

He said “in order to maintain and sustain all the laudable capital projects being put in place by the present administration,  adequate provision was made for maintenance recurrent expenditure in 2021 budget.

ALSO READ: Kukah: We will judge Buhari by his actions, not words ― CAN

“In personnel cost, the sum of N42. 228b which represents 53.4 per cent of the total recurrent vote has been earmarked for personnel cost for the year 2021 budget.

This will take care of promotion,  annual increment and salary arrears that may be paid in the course of the year.”

Analysing the sectoral breakdown, Igbasan explains that 87.5 billion which represents 50.1 per cent was allocated for the Economic sector, 11.3 per cent for Administration sector, law and justice,  2.7 per cent while social sector and the regional sector was allocated with 33 and 2.6 per cent respectively.

“As a matter of deliberate policy measure, the education sector was given the much-desired attention,  to enhance the human capital capacity in the state, to this end,  it was given the highest allocation in terms of new projects.

“However,  because of the avalanche of on-going infrastructure projects and the need to pay contractors as obligations fall due, total allocation to infrastructure remains the highest at 21.19 per cent.

Some of the key capital projects to be carried out with the 2021 budget include rehabilitation construction of state highways, provision of security hardware, the establishment of cancer treatment centre, renovation of schools, Kamomi Aketi Accelerated water scheme,  scholarship and bursary awards, purchasing of medical equipment among others.

Speaking on grants and contribution, the commissioner said a total of N9.558b or 12.1percent of recurrent expenditure has been set aside to take care of the personnel cost of parastatals and tertiary institutions would generate internal revenue to augment their expenses while the grant will complement personnel-related costs.

“This budget is intended to help us realise our collective dreams and aspirations for the state while working in partnership with the private sector.

Igbasan said, ” It is our belief that the full and proper implementation of the provisions of the 2021 budget will lead us towards becoming a society that is self-reliant and less dependent of statutory transfers from the federation account.”