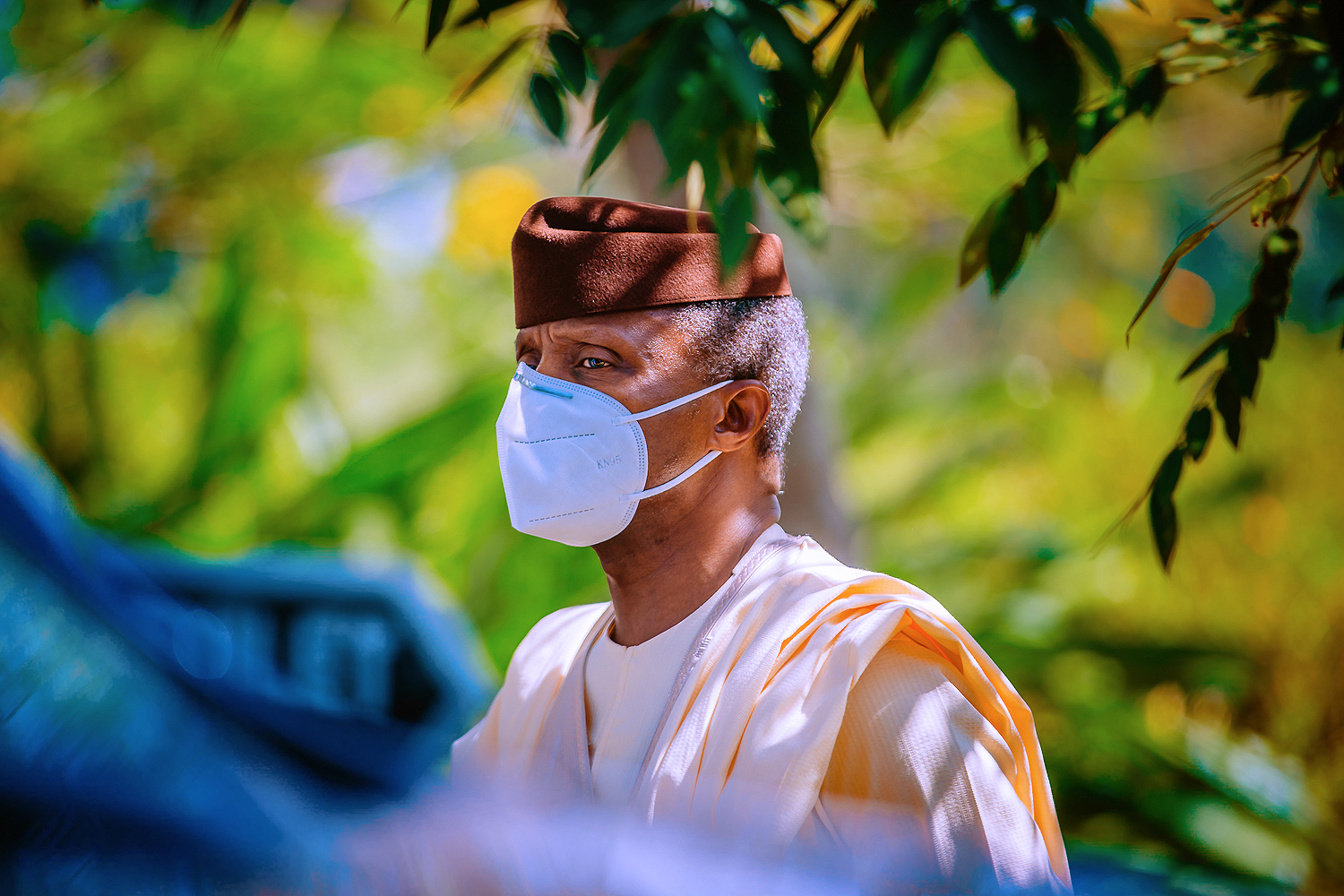 Vice President Yemi Osinbajo has charged stakeholders in the oil industry to find a way of producing oil cheaper at the largest volume possible given the circumstances and future of oil itself and the country’s of requirements and needs.
The Vice President gave the charge at a virtual meeting on the Petroleum Industry Bill, PIB, with stakeholders in the industry under the auspices of the Oil Producers Trade Section, OPTS, in Nigeria, and Independent Petroleum Producers Group, IPPG.
Prof. Osinbajo tasked the stakeholders to find and agree on cheaper means of producing oil while also ensuring a more competitive environment that meets the needs and purposes of the Nigerian nation including the largest production volumes possible.

The Vice President charge was contained in a statement issued by the Senior Special Assistant to the President on Media and Publicity, Office of the Vice President, Laolu Akande in Abuja.
According to him, “We need to agree on terms that will give us a more competitive environment. We should find a way of producing oil cheaper at the largest volume possible given the circumstances and future of oil itself, and of course, given our requirements and needs.”
The meeting, Akande said was held on Tuesday afternoon ahead of the consultations of the passage of the Petroleum Industry Bill, PIB.
He noted noted that in line with the focus of the Buhari administration, there was need for stakeholders in the sector to agree on terms to create a more competitive environment, while maximizing opportunities in the oil and gas industry.
Prof. Osinbajo further said, “The other point is that of gas. To sound the question of reconciling and maintaining our domestic gas obligation, and at the same time improving the gas environment in such a way that we are able to benefit maximally from it as a business and government.
“I like the concept that gas should be an enabler for quick development and I think that we must reach some kind of balance with this, especially with this question around domestic gas obligation. I would like OPTS and IPPG to look more carefully and see in what ways we can come to some agreements as to how it should be done.”
Speaking further on the benefits of harmonizing interests in the PIB, Osinbajo observed that the passage of the PIB should be seen as an opportunity to transform the industry by addressing lingering issues that have impeded development across the different sectors that make up the industry.
“Businesses would like to invest and invest more in this environment. So, that is the point of convergence. We want more investments and obviously state governments like more investments, and you (private companies) would like to invest so that you can make more money. No question about that; what we should seek to do is to see to what extent we can come to that convergence,” the Vice President said.
The new PIB, which was presented to the National Assembly by President Muhammadu Buhari in September last year, has already passed the second reading in both the Senate and the House of Representatives. The central aim of the bill is to foster sustainable development in Nigeria’s oil and gas industry.
Earlier in his remarks, the Minister of State for Petroleum Resources, Mr Timipre Silva, said the interaction with the stakeholders in the petroleum industry is indicative of their commitment to the transformation of the industry through the PIB.
He assured that working with other stakeholders, including the National Assembly, the PIB as conceived by the Buhari administration would be passed into law.
On his part, the Group Managing Director of the Nigerian National Petroleum Corporation (NNPC), Mr Mele Kyari said that most of the concerns raised by stakeholders have been addressed in the proposal before the National Assembly, noting that the Federal Government has moved from its previous position to one that is more competitive and attractive to investors.
Commending the efforts of the Buhari administration in guiding the process of having a new law for the industry, the Chairman of OPTS, Mr Mike Sangster, who is also the Managing Director/Chief Executive of Total E&P Nigeria Ltd, said stakeholders remain committed to making Nigeria the “preeminent hydrocarbon province” in the region and the world.
Other participants at the meeting include the Chairman and Managing Director of ExxonMobil in Nigeria, Mr Laing Richard; the Chairman of Chevron Nigeria Limited, Mr Rick Kennedy; and the Chairman of IPPG, Mr Ademola Adeyemi-Bero, among others.
Vanguard News Nigeria

The post PIB: We should find way of producing oil cheaper at largest volume – Osinbajo appeared first on Vanguard News.