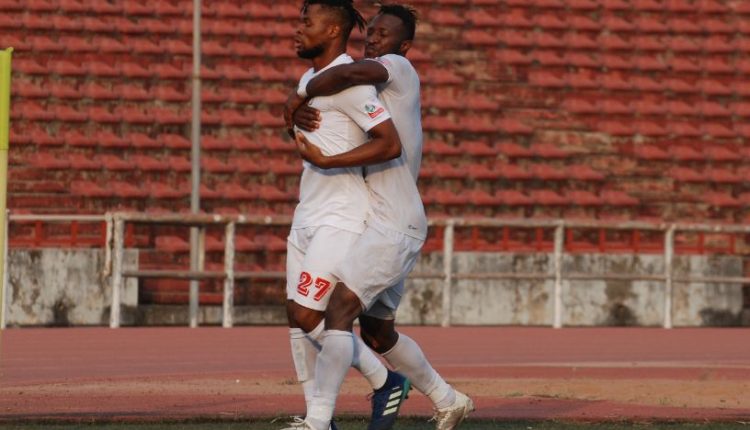 Rangers International FC of Enugu picked their first away victory of the 2020/2021 NPFL season as a substitute, Israel Abia’s volley gave them a 1-0 win over Jigawa Golden Stars in the Matchday 3 encounter at the Ahmadu Bello Stadium, Kaduna.

Jigawa Golden Stars will feel undone by luck as they had several chances to open the scoring in the first half and even in the early part of the second half including the goalmouth melee that was cleared for Israel to pursue from his own half.

The striker latched onto it, held off a defender before volleying into the roof of the net leaving Paul Godwin in Jigawa goal no chance at all.

A game of two halves, the Badaru Boys of Jigawa controlled the first half but was undone by their lacklustre finishing as Lala Abdullahi, Ali Musa Kalla and Andrew Idoko frittered away all chances.

The game was heading for a draw before the Flying Antelopes who commanded most of the second half saw their chance and took it.

After opening their season with a lone goal victory over Sunshine Stars at the same ground two weeks ago, the Badaru Boys have now lost two of their three matches and would be angling for the maximum point in their next match to move up the table.

Speaking after the match, Rangers assistant coach, Mangut Nbwas attributed their victory to strategy and outsmarting their opponents. “We came with a game plan but we realised we weren’t achieving our aim. So, we made two changes in the first half and they were positive.

“Our players were able to stand their ground and we got our chances in the second half. Jigawa Stars are a dangerous side. If you allow them to play, they have good ball distribution but we didn’t give them room to play the way they wanted.”

‘Anything can happen’ with Tokyo Olympics: Japan minister