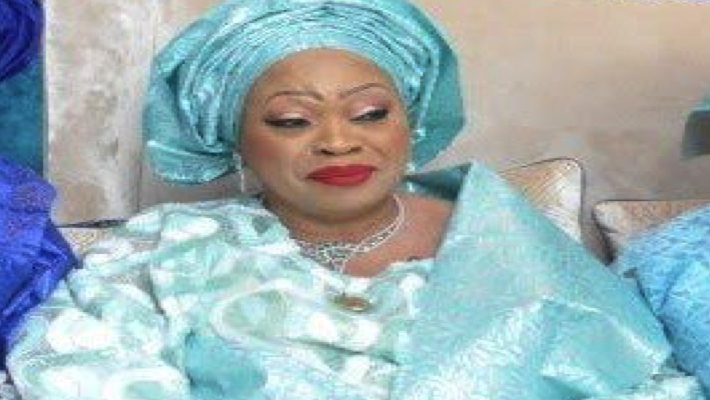 Chairman, Premier Lotto, Chief Kessington Adebukunola Adebutu has lost one of his wives.

Also read: Kesington Adebutu’s Social Responsibility in the Face Of the ‘Pull Him Down Syndrome’

Rosemary is the mother of Temitope Adebutu whose controversial marriage to Jonwo, one of the sons of former president Olusegun Obasanjo, ended barely a year after.

She was said to be hale and hearty but suddenly developed a mild ailment with cold and malaria as symptoms, this weekend.

The ailment soon became severe and she was rushed to St. Nicholas Hospital, Lagos where she was confirmed: “brought in dead.”

[Christian Blog]: With God on our side

Fear: The Ultimate Distraction at Prayer