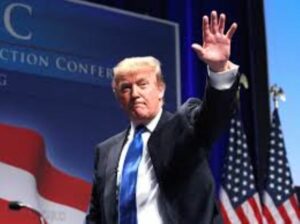 Doug Deason, a Texas-based donor who served on the outgoing US President, Donald Trump campaign’s finance committee, said this week’s events have done nothing to shake his confidence in the Republican president.

“He has been the best President in my lifetime, including Reagan,” Deason told AP.

Pro-Trump supporters had earlier in the week stormed the US Capitol to disrupt the Congress proceedings to certify president-elect, Joe Biden, as the next president of the nation.

Twitter and Facebook have also announced a permanent suspension of Trump’s major microphone, a move believed by AFP analysis could affect his effective manning of the Republican party after leaving office.

Meanwhile, one GOP senator who has split with Trump in the past called on him to resign and questioned whether she would stay in the party.

“I want him out,” Sen. Lisa Murkowski of Alaska told The Anchorage Daily News. “He has caused enough damage.”

“At this point, I won’t defend him anymore,” said Ari Fleischer, a former White House press secretary for George W. Bush and a GOP strategist who voted for Trump. “I won’t defend him for stirring the pot that incited the mob. He’s on his own.”

The post ‘Trump the best President in my lifetime’ appeared first on Vanguard News.