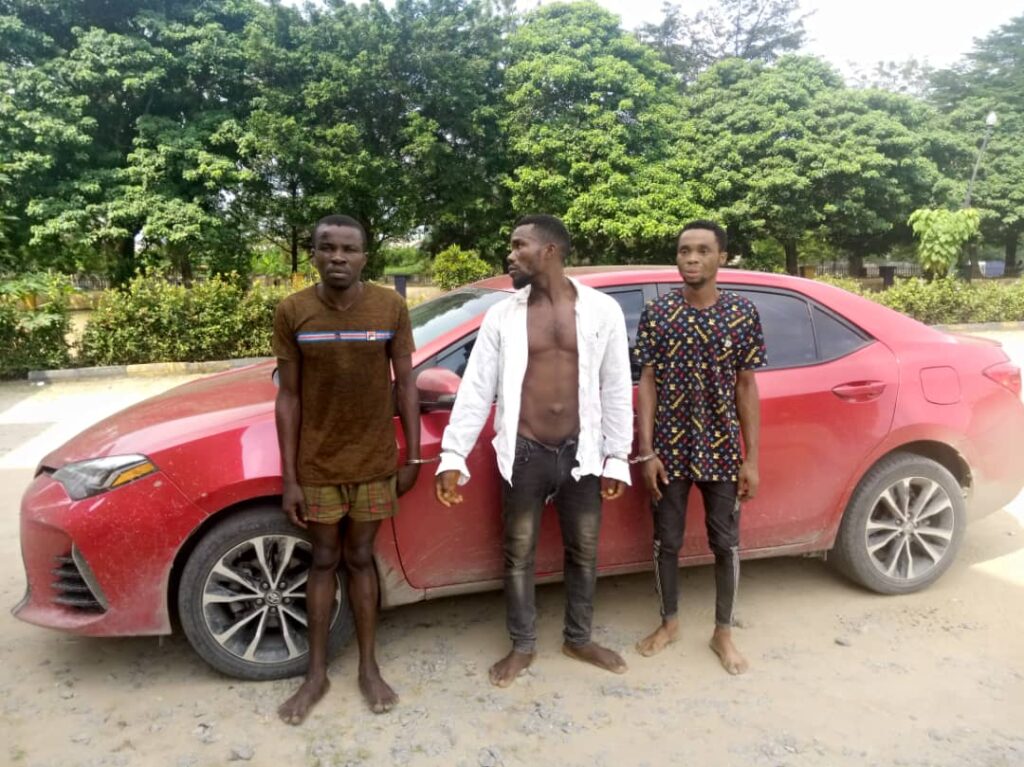 Vanguard learned that the operation which was spearheaded by Anti Kidnapping/Cultism Team ,AKCT tracked the gang from Calabar to Uyo in Akwa Ibom stare where they were apprehended after robbing thier victim in his house before taking his car. 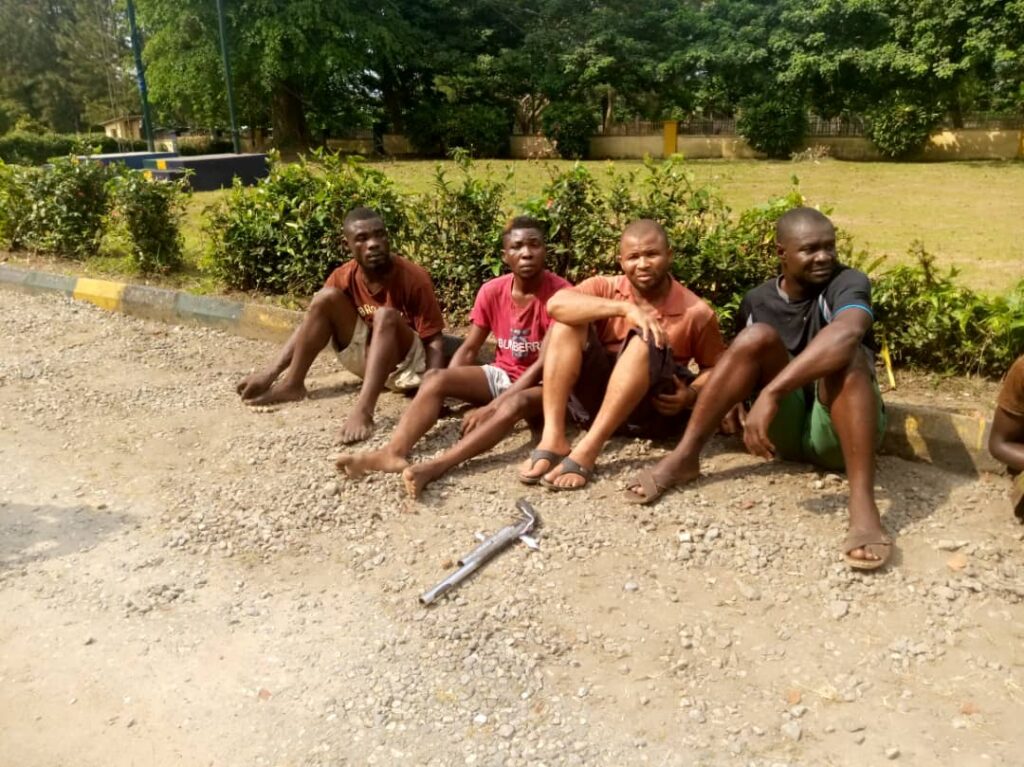 Findings showed that they had already put up the car which is currently being sold between 7.5 million to 8 million naira for sale ,for just 1 million naira at a Car stand in Uyo Akwa Ibom state before the crack team apprehended 3 of the gang members.

ALSO READ: My guardian angel won’t forgive me if I reconcile with Obasanjo – Aare Adams

Speaking with newsmen on Tuesday in Calabar ,the Cross River State Commisioner of Police , Abdulkadir Jimoh said they will never relent in giving criminals a run for thier money as the police was determined to rid the state of all forms of crime and criminality.

His words :” In line with our open door policy at it concerns information sharing by giving the people feed back as well as carrying the people of Cross River State along in our progress and achievement ,we have just apprehended a notorious robbery gang who specializes in robbing filling stations and snatching cars .

” After robbing thier victim in Calabar ,they took his 2018 Toyota Corolla which cost over 8 million to a car stand at Uyo without knowing that we were tracking them .

” They were intercepted at about 12: 00 midnight , Tuesday in synergy with our people in Akwa Ibom ,we arrested them and brought them back to Calabar and they all confessed to the crime and will be charged to Court immediately investigation is concluded ,” he said.

Speaking further ,he also disclosed that a group of cultists who also mastermind native wars around Ekori in Yakurr Local government area were arrested by the Ekori division of the Nigeria Police .

He said :” We are all out to deal with criminals ,no stone shall be left unturned ,all criminal have heard the position of the governnent and we are here to enforcement that by ensuring that CrossRiverians sleep with thier two eyes closed .

” Our men are highly motivated and thier morale have been boosted ,all criminal element in the state should take note that we have both plane cloth and uniform policemen especially during this Yuletide to ensure their peace in Cross River, he said .

One of the Suspect,28 year old Francis Archbong said he didn’t know the value of the car that was why they wanted to sell the car for 1 million naira.

” The car was handed over to me by Etete ,so I drove it to Akwa Ibom to sell it there ,but to tell you the truth I didn’t know the car is up to 8 million naira ,if I knew I won’t place it at 1 million naira ,” he said.

Others arrested include, Etim James Etim aged 35, Peter aged 32 ,China justice aged 44 and Obaseoyi Ibor aged 38 years of age ,they will be charged to Court immediately after investigations.

America Has to Come to a Reckoning: Director Sam Pollard on...