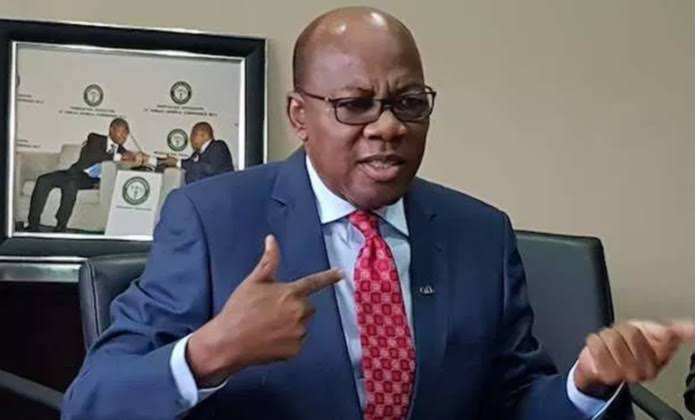 Former President of the Nigerian Bar Association, NBA, Dr. Olisa Agbakoba, SAN, has written the Senate on how to wriggle out of the knotty and debilitating restructuring logjam.

In what he termed: ”A Simple Way to Restructure Nigeria By Devolving Powers,” Agbakoba, who lamented that the states (federating units) don’t have power in Nigeria, said devolving powers to the states from the Centre would address the restructuring question.

The letter to Senate President Ahmad Lawan dated November 4, 2020, read in part: ”It is my honour and pleasure to present to you, for consideration at the National Assembly, a simple proposal on what is considered a complex issue.

”Nigeria has been long engaged in the federalism question. It is clear that because of our diverse nature and large size, the political system best suited for Nigeria is a federal system. But the challenge has been what type of federalism. Many proposals, including restructuring, have been put forward without success.

”I believe there is a simple solution. This is devolution of powers. The Constitution has two legislative lists namely, Exclusive and Concurrent. These lists have 98 items of powers. The Federal Government exercises exclusive power over 68 items on the exclusive list.

”In effect, State Governments really have no power. I suggest that to resolve this, a committee may review the 98 items of power and assign what is best to Federal and what is best to the states, based on the principle of subsidiarity. I also suggest the Exclusive list and Concurrent list be renamed as the Federal Legislative List and State Legislative list. The Federal Government will exercise reserved powers. The States will exercise devolved power.

As President of the Nigerian Bar Association, I worked with the Forum of Federations. The Forum reviewed diverse models of Federalism which can be of assistance to the National Assembly.

In their book: Federalism: An Introduction by George Anderson, the Author points out that many Federal models have strong central governments; yet other models have a weak central government. Some models have interlocking features where the principle of cooperative federalism enables the federal and state governments to jointly share heads of legislative powers. I enclose a copy of the book as I believe it will be of value to the National Assembly. In truth, the Concept of True Federalism is a myth and does not exist. Every nation chooses its form of Federalism.

I have enclosed a draft schedule of how powers can be devolved from the Federal Government to State Governments.

”In my opinion, the simple process of devolved powers acan be by virtue of an enactment styled, Constitution Alteration (Devolution of Powers) Bill. This will resolve the self-imposed complex issue

Killing of 43 farmers in Borno: I’ve given needed support to armed forces to protect Nigerians – Buhari

Moving tributes to Diego Maradona as the world mourns a footballing...