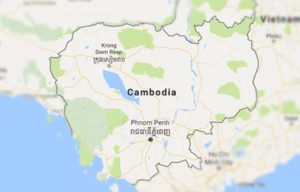 Cambodia and Hungary have signed a- three-document memorandum to boost bilateral ties and cooperation in civil aviation, agriculture and water management.

Eang Sophalleth, a personal assistant to Hun Sen said the deal was made between his ministers and visiting Hungarian Minister of Foreign Affairs and Trade Peter Szijjarto

The signed documents included a bilateral air service agreement, a memorandum of understanding (MoU) on water management and an MoU on agricultural cooperation.

Prior to the signing event, Hun Sen met with Szijjarto, discussing ways to enhance bilateral relations and cooperation for mutual interest.

Earlier on Tuesday, Szijjarto also held talks with Cambodian Deputy Prime Minister and Foreign Minister Prak Sokhonn before they jointly opened the Office of the Hungarian Embassy in Phnom Penh.

Sokhonn said that the visit reflected Hungary’s strong commitment to further strengthen long-standing friendship and close cooperation with Cambodia and that the commitment is also shared by Cambodia.

He added that Cambodia and Hungary believed in the principles of international law as enshrined in the United Nations charter and stand for the strengthening of multilateralism in due respect to the sovereignty of states.

Szijjarto arrived in Phnom Penh, capital of Cambodia, on Tuesday morning for an official visit.

Mr Eazi Gifts Himself A Range Rover Worth 150 Million Naira...