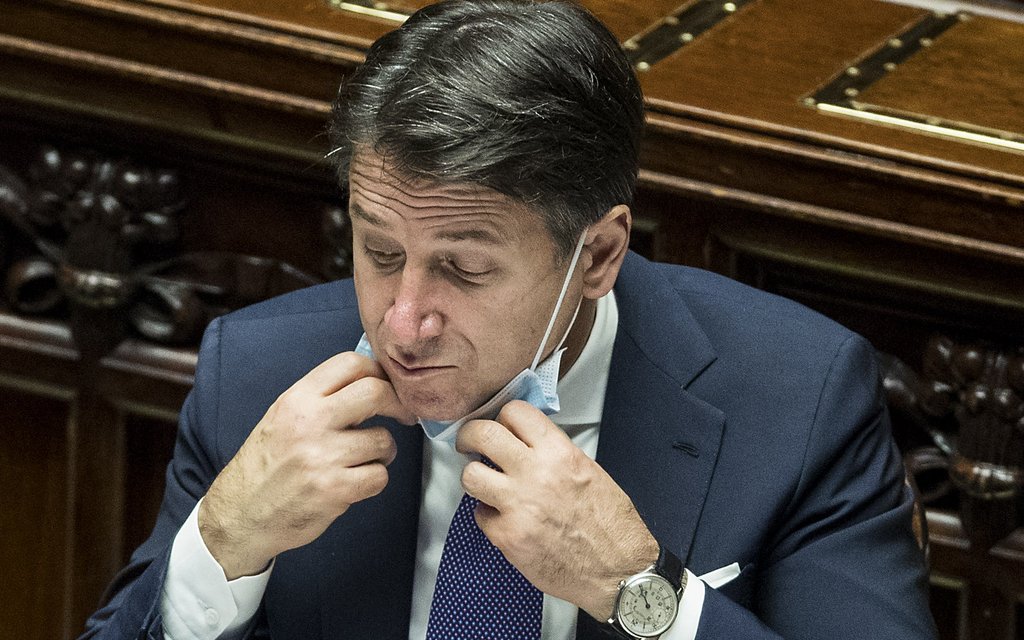 Italy will introduce a nationwide night-time curfew as part of a new set of restrictions to contain the spread of the coronavirus, Prime Minister Giuseppe Conte said on Monday.

“We are forced to intervene […] to implement further measures and pursue a firmer strategy to contain and mitigate [the virus],” he told the lower house of parliament.

Conte also announced that museums would close, that shopping centres would shut on weekends, and that remote teaching would be extended for high-school students.

Furthermore, fewer passengers will be allowed on public transport, and travel to and from regions with high case numbers will be restricted, the premier added.

Conte did not state the times of the night-time curfew, but before he spoke, a junior labour minister, Francesca Puglisi, told the SkyTG24 news channel that it would start at 9 pm (2000 GMT).

Night-time and regional travel restrictions will not apply to people who have to move around for work, study or health reasons, or any other justifiable necessity.

While he ruled out a nationwide lockdown, Conte indicated that parts of the country would face further restrictions, depending on their infection rates.

Regions will be classified according to three different levels of infection risk, and this will determine the extent of local, supplementary virus crackdowns, the premier explained.

Conte, who called the situation “very worrying,” did not name specific areas needing extra restrictions, but there has been talk of city-wide lockdowns in places like Naples, Milan and Genoa.

The government adopted three previous sets of anti-virus rules in the last three weeks, but they have failed to slow down the escalating health crisis.

Over the course of October, the number of daily coronavirus infections in Italy – a country of 60 million – increased by more than 12 times, to a record 31,758 on Saturday.

Infection numbers dropped to 29,907 on Sunday and 22,253 on Monday, but this usually happens due to reduced swab testing capacity on weekends.

Daily deaths have been in the 200-300 range for the last week, a level not seen since mid-May, and more than 2,000 Covid-19 patients were in intensive care as of Monday, from a low of 38 in late July.

Conte, citing a weekly report on the pandemic issued Friday, said there was a “high probability” of 15 regions running out of hospital beds within a month.

Meanwhile, an IXE opinion poll indicated Sunday that the percentage of Italians who have tested positive to the virus, or know someone who has, has risen to 72 per cent, from 43 per cent on October 6.

However, the premier is struggling to win support for new public health measures from regional governments and the right-wing opposition, despite his calls for national unity.

In recent days, there have been protests against virus restrictions in several cities. At times they have turned violent due to the involvement of far-right and far-left groups and football hooligans.

On Monday, restaurant owners and others affected by mandatory closures held a socially-distanced, peaceful demonstration in central Rome, holding banners with slogans such as: “If you close us you kill us.”

2020-12-04
Naijamerit is a News Website that Renders News Online from Valid news vendors. This is to enable us reach out to people via the internet that are in search of information for their self purposes.
Contact us: Naijamerit2@gmail.com
© Naijamerit 2020