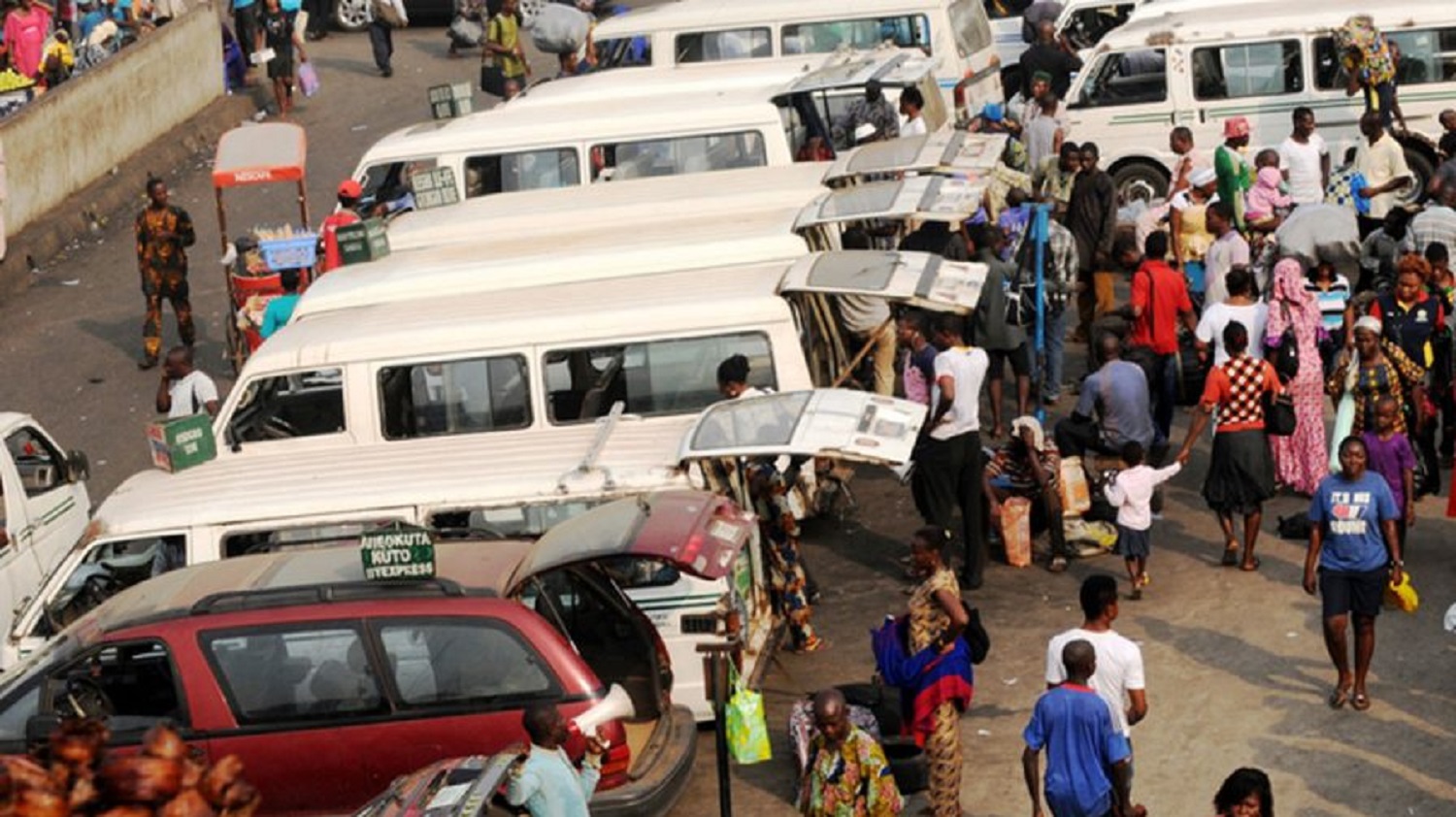 Commuters in Lagos State on Sunday decried the continuous hike in transport fares occasioned by the COVID-19 new public transport guidelines put in place by the state government, despite neglect by transport operators.

Some commuters, in separate interviews with correspondents of the News Agency of Nigeria (NAN) in Lagos, said that since the guidelines constraining operators to load at 50 or 60 per cent capacity, operators have not strictly followed the guidelines.

According to them, the government and its enforcement agencies seem to have shifted attention from enforcing the guidelines, the burden on commuters should be lifted.

Mrs Yemisi Adegoke, a trader onboard a-14 seat bus from Toll gate, in Ogun State to Oshodi, said that the transporters did not pity the commuters in many of their operations.

Adegoke said: “What we know in this part of the world is that whatever goes up does not come back.

“The justification for increasing the fare between Toll Gate and Oshodi to almost N1,000 during Covid-19 was because the drivers could only carry seven passengers instead of 14.

“We are surprised that fares are still high even now that they carry their full load. We just have to continue bearing the pains.”

A Clergyman, Pastor Samuel Adigun, commuting from Oshodi to Onipanu, said that the fare rose from N50 to N100 during Covid-19 due to the new guidelines but remained so even when operators reverted to full capacity loading.

Adigun said: “So many people are finding things hard commuting from one place to another in Lagos due to the fare hike.”

Mr Salaimon Saka, a painter, going from Onipanu to CMS, lamented that the fares which rose from N150 to about N300 or more, ruled out the possibility of reversal in fares.

Sharing a similar view, Mrs Toluwani Amos, a housewife who boarded a tricycle from Ikotun to Ijegun, told NAN that motorist have continued to take undue advantage of commuters due to the Covid-19 prevention guidelines.

“Because of Coronavirus, fares went up because the number of passengers in buses reduced. We were managing, now they carry full capacity and they collect the same fares.

“For instance, Ijegun to Ikotun before Covid-19 was N50 for each of the four passengers because of the pandemic, it is now N100 respectively for three passengers.

NAN reports that buses from Cele-Express to Lawanson maintain the Covid-19 guideline protocol by ensuring that three passenger are carried on a row of seat instead of the usual four.

Mr Shaheed Akande, a cleric, appealed to Government to make an announcement in order to return to status quo, because commuters are having a tough time moving from place to place.

“I think government have to step in, if not these touts will continue to milk cummuters dry, going about our businesses is tough, transportation fares have doubled; everything is back to normal as it was before March.

“We keep complaining about government, but what we do as citizens to ourselves is even worse, even the blind knows that things are tough for most Nigerians now but still they act like they are more affected than the other,’’ the cleric said.

Sam Anelkan, a tricycle driver, told NAN that the fares can’t be reversed because of the increase in fuel pump price.

“Even if we want to reduce the price, fuel is not cheap anymore, what about the deplorable state of the roads which makes up take regular trips to mechanic workshops, touts are there too, it’s not easy on us too.

“We hope things get better, but as it is, there is almost nothing we can do, we are helpless too,’’ he said.

NAN reports the Lagos State Government introduced new transport guidelines to prevent community spread of Covid-19 which mandated that all commercial passenger vehicles are not to exceed 60% of their capacity.

Yellow buses must not carry more than eight passengers (two per row), tricycles are to carry just two passengers at the back, while private car owners must also observe physical distancing. (NAN)

Mr P Reacts As Footballer, Peter Odemwingie Calls Him Out For...