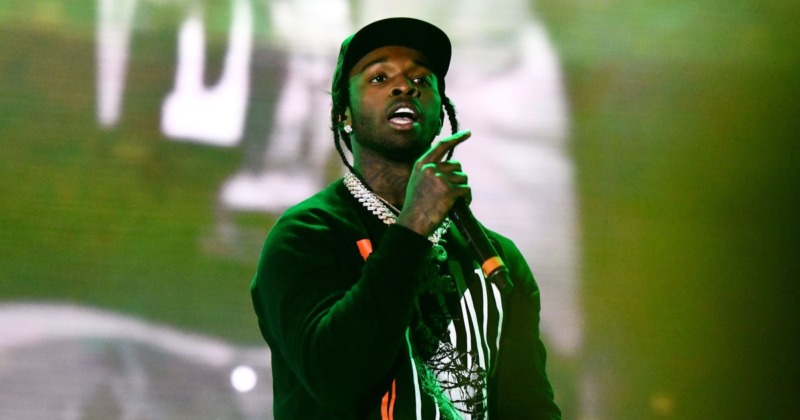 This is a playlist loaded with songs that are currently hitting speakers and climbing charts globally, songs that would put you through the week. Get the hot sauce below!!!

1. B Young – “Wine”
British rapper, singer, and songwriter, B Young dropped this work of art called “Wine”. He is up in his feeling talking to about a sexy girl here. It is a slow groove to be jammed in a lovely atmosphere. A must-listen for every hip hop fan.

2. Conan Gray – “Heather”
Former YouTuber turned popstar hops on the pop beat to deliver this amazing love song called “Haether”. Gray depicts a scene of a love triangle in this song and popular Shakespearean theme which is unrequited love. If you love pop slow love songs this is a sure hit.

4. Cardi B – “WAP” ft Megan The Stallion
WAP  which is an acronym for wet ass pussy, is a rap single by female rappers, Cardi B and Megan The Stallion. Both female rappers on top of their game explore the sexual nature which they are popularly known for in this song. This rap single is simply amazing for any genre listener to listen to as the beat alone captivates listeners.

5. Miley Cyrus – “Midnight Sky”
The genre of this song is hard to ascertain. It can be called rock or disco-pop or even electro-pop. Popular actress-singer and songwriter popularly known for her role as Hannah Montana as the protagonist of the movie delivers this song called MIDNIGHT SKY. She depicts a scene of wanting freedom and to be happy. This is a must listen for every Michael Jackson fan as she uses a similar style in this song.

6. 24Karat Gold – “Mood”
19-year-old hip hop singer is here again with a mood after Valentino which shot him to stardom. The American singer talks about a hyperactive girl who is always in the mood. This is definitely a hip hop hit for you to listen.

7. Pop Smoke – “What You Know Bout Love”
American rapper who prior to his death was signed by Victor worldwide and republic records is on the hip hop/ rap best as he delivers a love song. This is not only for rap fans but those that love songs in general. The 20-year-old rapper digresses from his usual fast pacing rap with excellent bass and takes it slow on this one called what you know bout love.

8. The Weeknd – “Blinding Lights”
The Canadian singer is here again with “Blinding Lights”. He expresses loneliness and a strong desire for a companion of a particular girl in this R&B/ soul song. This song is produced by the Weeknd himself, Max Martin, and Oscar Walter. This is unlike any soul song you have heard as it deviates from the normal slow pace soul songs are known for which makes it a wonder behold.

9. Chris Brown & Young Thug  “Go Crazy”
American singer and rapper, Chris Brown teamed up with Young thug to deliver this amazing piece of art. Go crazy talks about a girl who hides her real character and acts shy but actually, she is a “freak“. The song encourages her to show her real “colour” while Chris professes his love for her. A very danceable song for trap dancers and breakdancers.

11. Pop Smoke – “Something Special”
“Something Special” by American rapper Pop smoke is basically is a romantic and a slow type of song the singer talks about how he wants to take care of a particular girl and show her the world. A must-listen for everyone who loves pop slow love songs.

12. Pop Smoke – “For The Night”
For the night is a song by American rapper Pop smoke featuring American rapper Lil Baby and Dababy. This song makes us realize pop smoke had the potential for languorous, even sweet, songcraft beyond drill. The song hits the highest-charting song on the Billboard 100.

13. Internet Money – “Lemonade”
Lemonade is a song by American hip hop collective “ Internet Money“ with American rapper Don Toliver and Canadian rapper Nav. The song has a really nice rhythm, it’s sure to quickly be in heavy rotation among rap fans.

14. Mustard – “Balling”
Balling is a song by American producer, featuring American rapper, singer and songwriter Rodrick Wayne Moore, JR known as Roddy Ricch. The song is a feel good anthem and a very nice song it also topped number 11 on Billboard Hot 100 making Mustard’s highest-charting song in the US.

15.  Megan Thee Stallion – “Girls In The Hood”
“Girls in the Hood” is a song by American rapper, singer, and songwriter Megan Jovon Ruth Pete popularly known as Megan Thee Stallion this song has a good vibe and rhythm. The song basically is about the women in the hood and how they should be proud of themselves.

16. Billie Eilish – “Bad Guy“
The song “Bad Guy” is recorded by American singer and songwriter Billie Eilish. Pirate Baird O’Connell, during this song’s lyrics Eilish taunts her love for being a bad boy although she is more resilient than he is, and further touches on a theme about misandry and sarcasm.

17. Lady Gaga & Ariana Grande – “Rain On Me”
Rain on me is a song by American singer, songwriter, record producer, actress, and businesswoman, Stefani Joanne Angelina Germanotta known as Lady Gaga and American singer and songwriter Ariana Grande. The song basically is about being able to keep going despite the hardship of life.

18. Topic & A7S – “Breaking Me”
Breaking Me is a song by German/Croatian producer Topic and a Swedish singer Alexander Tiderbrink, popularly known as A7S. The song is both dimly lit dance floors and pop-inspired festival sets.

19. Maluma – “Hawai”
Hawai which means Hawaii in English is a song by a Colombian singer Juan Luis Londono Arias also known as Maluma the songs talk about the past of Maluma and how he was heartbroken. The song speaks about how life is full of ups and downs but though it’s never too late to change our ways.

20. Pop Smoke – “The Woo”
“The Woo” is a song by American rapper Pop smoke featuring American rappers 50 Cent and Roddy Ricch. The “Woo” became Pop smokes first top 10 hits in the UK, peaking at number nine. The song basically is talking about well-paid thugs who are from a particular street and how a lady wants to mess with them.