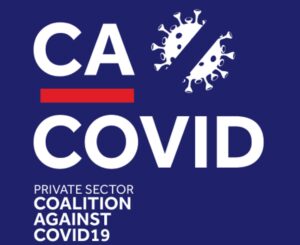 The Coordinator, CACOVID Palliatives Distribution for Zaria Local Government, Malam Sabiu Sani, said about 4,000 poor and vulnerable people have been earmarked to receive CACOVID palliative in the area.

Sani disclosed this in an interview with the News Agency of Nigeria (NAN) on Wednesday in Zaria.

The coordinator who is also the Permanent Secretary, Kaduna State Ministry of Agriculture, said the package would be distributed across 13 wards of the local government.

He said that the package would be distributed to the beneficiaries before Nov. 3 and each beneficiary would receive 10 kilogrammes of rice, one carton of pasta and two cartons of noodles.

He said that the ward distribution teams would also draw the list of poor and vulnerable beneficiaries that would benefit from the programme.

He added that each ward will have not less than 300 beneficiaries.

According to him, the committee has been given three days to submit the list of beneficiaries to the coordinator.

“Upon presentation of the list of beneficiaries to the coordinator, the package will be delivered to the beneficiaries under the close supervision of security personnel, media and other key stakeholders,’’ he said.

He said the state government has already distributed the palliatives to the various local government areas.

The coordinator said the decision to use a coordination team was to ensure that the package got to the targeted beneficiaries.

Sani said that adequate arrangements had been made with security agencies to ensure a hitch-free exercise.

The post 4,000 beneficiaries to get CACOVID palliatives in Zaria —Official appeared first on Vanguard News.