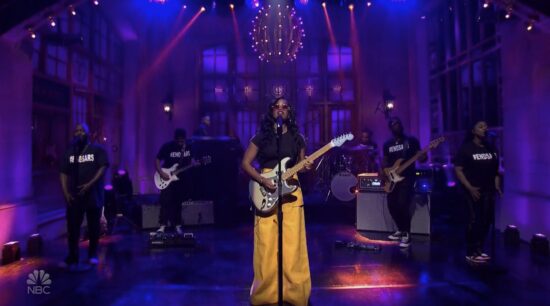 Grammy-winning singer, H.E.R has lent a voice to the #EndSARS movement with her performance on ‘Saturday Night Live”

The singer who featured on Wizkid’s “Smile” off his “Made In Lagos” album gave a stellar performance at the Saturday Night Live which was hosted by Grammy-winning singer, Adele. H.E.R performed songs like ‘Hold On’ and members of her band wore dark shirts decorated with “#EndSARS”

She joined other International singers like Drake, Lil Baby, Beyonce, Alicia Keys, Chance The Rapper, Trey Songz, and others to lend their voice to the current issue plaguing the country.

Watch the video below: