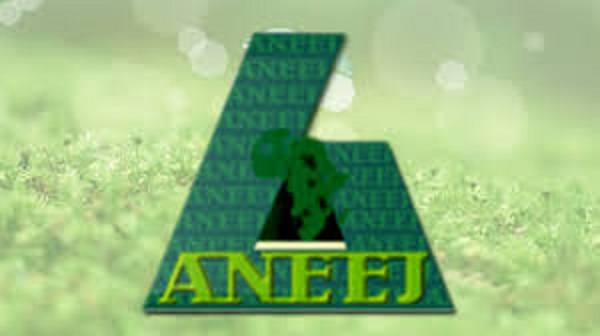 The Africa Network for Environment and Economic Justice, ANEEJ, Sunday, condemned and called for a probe of alleged hoarded COVID-19 palliatives.

This was contained in a statement signed by the Executive Director, ANEEJ, Rev David Ugolor, while reacting to the discovery of the items stored in various warehouses across the country meant for cushioning the impact of COVID-19 pandemic during the lockdown to contain the spread of the virus.

Ugolor demanded that Governors of Lagos, Kwara, Cross River, Ondo, Edo, and Delta should explain “why they chose to hoard the palliatives. The Governors have some explanations to make.”

He said: “Against the backdrop of the sudden discovery by residents of major cities in Nigeria that palliatives meant for the poor to cushion the impact of covid-19 lockdown between the months of March and May this year were stockpiled in warehouses without getting to the poor, the Africa Network for Environment and Economic Justice (ANEEJ) calls on the Federal Government to launch a probe into the hoarding of Covid-19 palliatives.

“We condemn hoarding of essential foodstuff meant for the poor in warehouses by various state governments, Governors of affected states are to explain the rationale for the hoarding of such foodstuff that was clearly labeled ‘Federal Government palliatives’.

“We are outraged that Covid-19 palliatives given to states for distribution to the poor by the federal government are still holed up in various warehouses but for the EndSARS protesters that are bursting these warehouses open to take the items, citizens would not have been aware of such developments.

“This is condemnable and we call on the Governors of Lagos, Kwara, Cross River, Ondo, Edo and Delta, and others to explain why they chose to hoard the palliatives. The Governors have some explanations to make.”

He also called on the Federal Ministry of Humanitarian Affairs, Disaster Management and Social Development as well as CACOVID who was responsible for the distribution of the items to commence a nationwide investigation in order to unravel why palliatives were still hoarded, and what occurred within the distribution process, how protesters got to discover the items in these warehouses in affected states.

He further stated that “The rush by citizens to busted warehouses to cart away those foodstuff and household items is indicative of the high level of poverty in the country and government need to rise up to take concrete steps as demanded by EndSARS protesters to end poverty in Nigeria.”

However, the ANEEJ boss expressed concern over the health crisis some of the foodstuffs might cause as some of them were in unwholesome condition, which makes them unhealthy for human consumption.

“We are even concerned about the health status of the food items as, according to reports, some of the food items were already going bad with a foul odour. Some of the items are reported to have been stored in unhygienic conditions thereby endangering the lives of poor citizens rushing for them”, he asserted.

2020-12-04
Naijamerit is a News Website that Renders News Online from Valid news vendors. This is to enable us reach out to people via the internet that are in search of information for their self purposes.
Contact us: Naijamerit2@gmail.com
© Naijamerit 2020