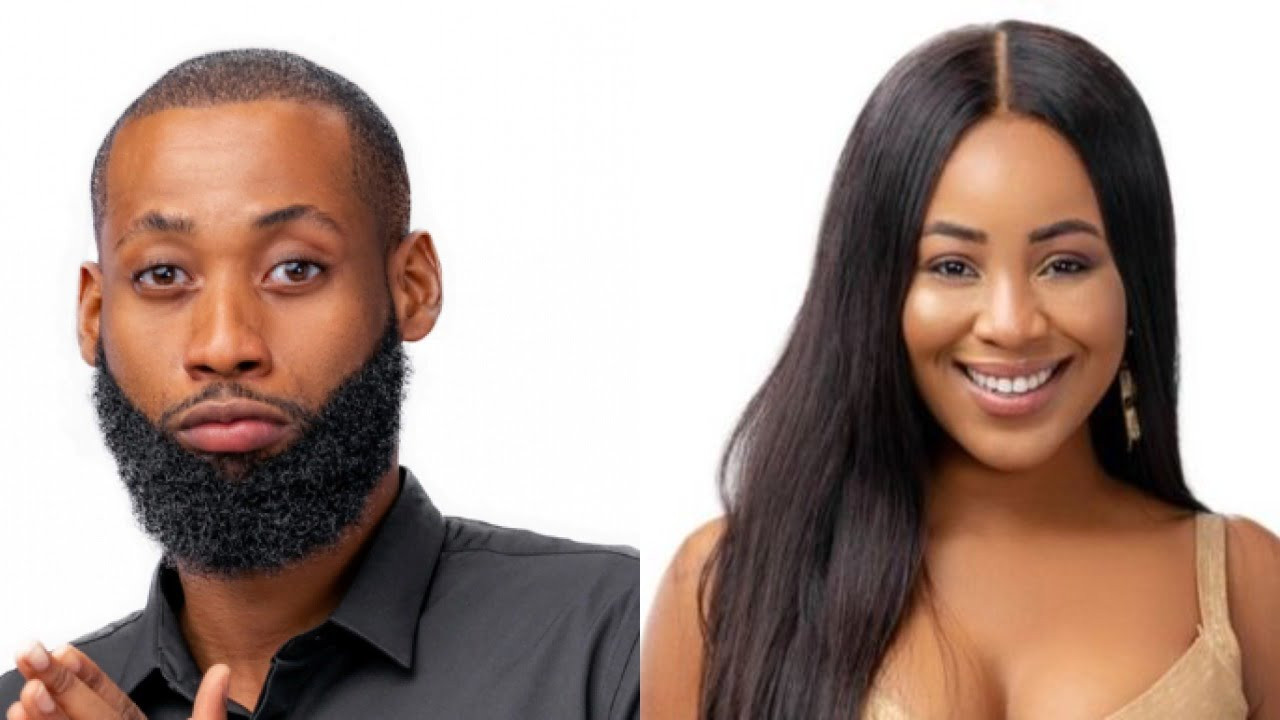 This came after he was called out over a video in which he was spotted having a conversation with Brighto and Laycon. In the viral video, Tochi was heard talking about what “Erica was looking for in the house”.

Following the controversy the video triggered, Tochi made a clarification in now deleted tweet. He wrote;

“My words “Erica is Igbo like me we don’t like to suffer, and she is very ambitious, since she set foot inside the house she knew what she wanted was to win I love her driving spirit”

“Never called her a gold digger” and to those that heard wrong I apologise.” 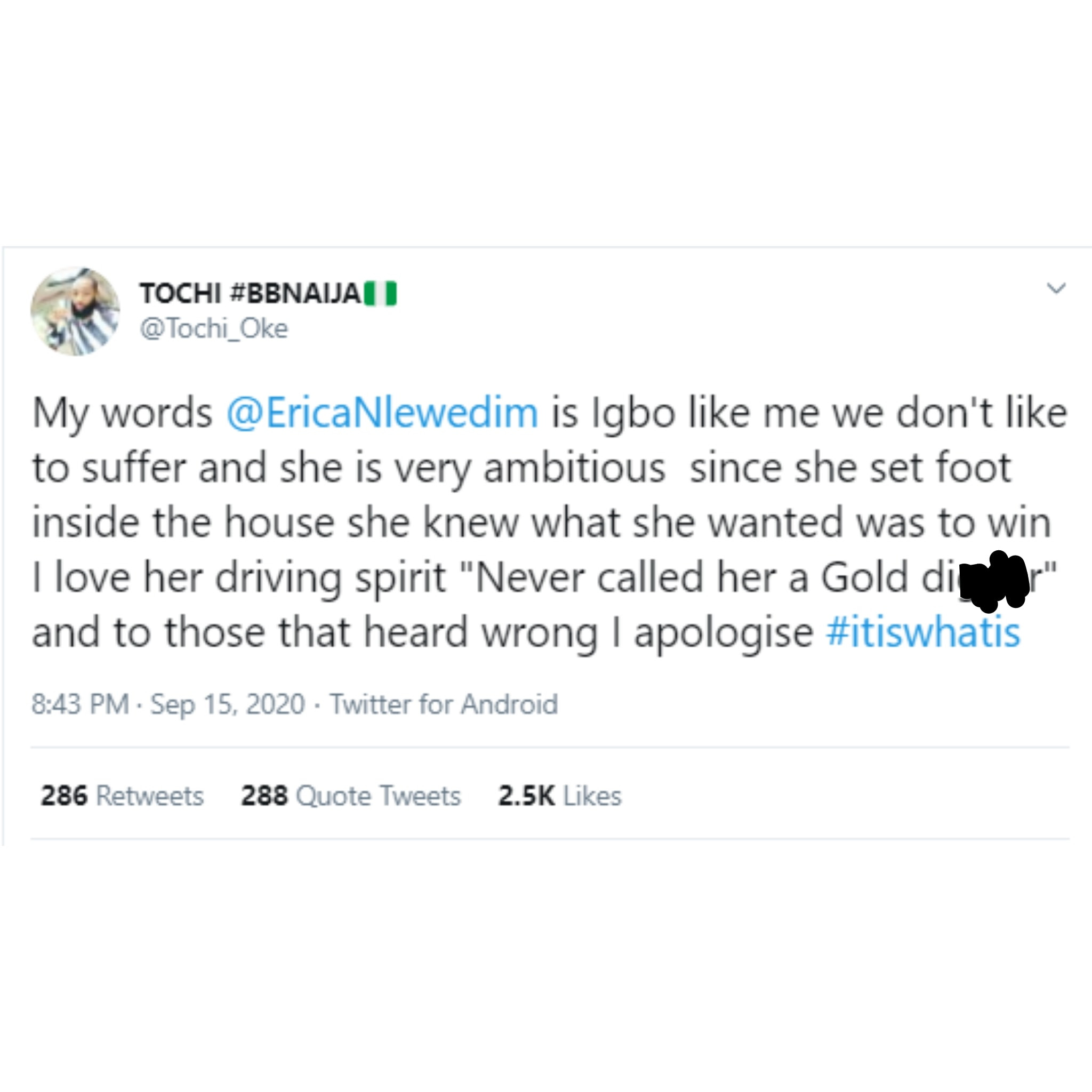