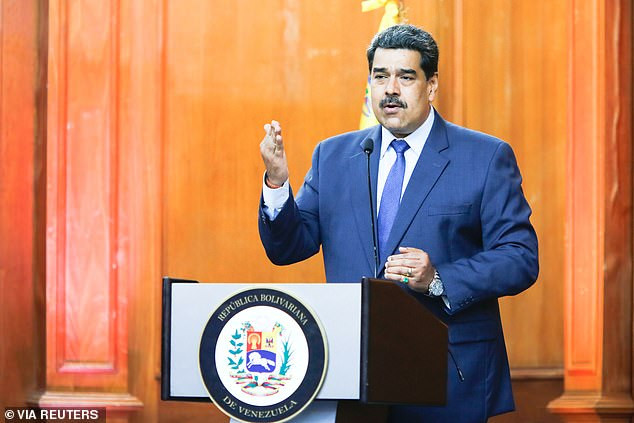 Two former Green Berets have been sentenced to 20 years in prison by a court in Venezuela for their role in a failed coup attempt against President Nicolas Maduro.

Luke Denman, 34, and Airan Berry, 41, were arrested on May 4 and charged with terrorism and conspiracy following an uprising nicknamed ‘Bay of Piglets’ – a reference to the failed coup against Fidel Castro in 1961. 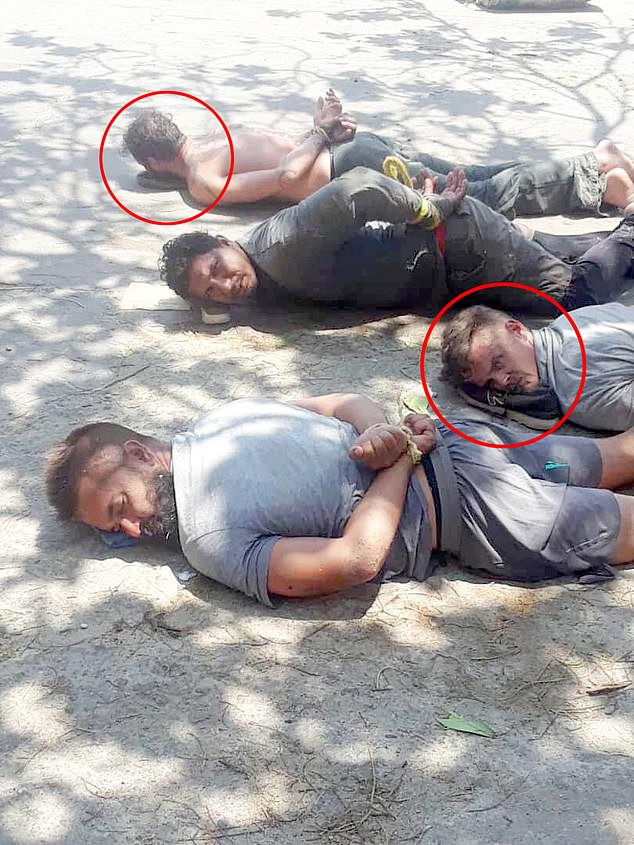 Denman and Berry were arrested alongside dozens of other Venezuelans after Maduro’s security team intercepted the plot. 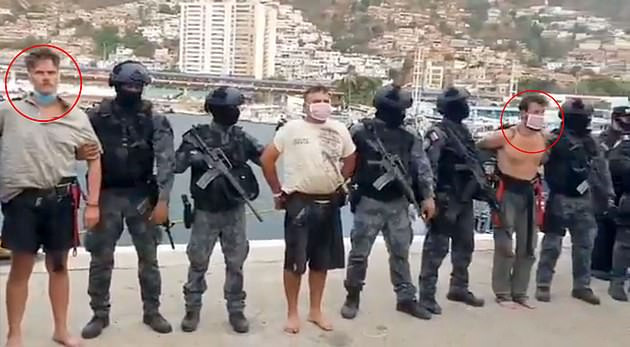 Two other people, who were captains in the Venezuelan National Guard, Antonio José Sequea and Víctor Pimienta, were among the Venezuelans arrested by Venezuelan military in the foiled raid. 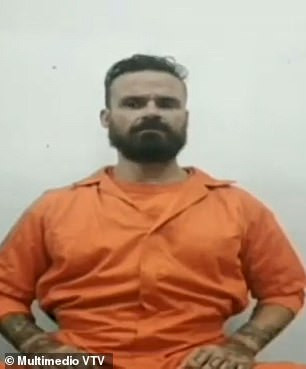 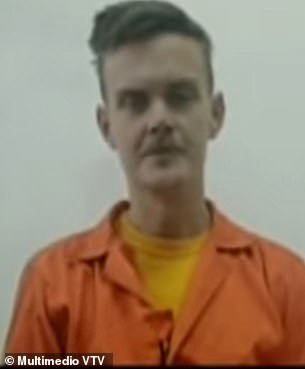 Military authorities were said to be lying in wait for the mercenaries after showing ringleader Jordan Goudreau’s face on state TV and naming the Americans a month even before the plot even began.

Despite their knowledge that the Venezuelan authorities knew they were coming, the former soldiers still flew to Colombia on January 16 and, after training, they accompanied the troops by boat to Venezuela with a mission
to capture Maduro, secure an airport and then fly the Venezuelan leader to the United States.

On Friday night August 7,  the Venezuelan attorney general, Tarek William Saab, announced that the pair had been sentenced, following a court ‘trial’ in which they were not permitted to see their attorneys.

‘Following on from their arraignment, they have admitted their responsibility for the acts,’ Saab tweeted.

‘The men ADMITTED having committed crimes of conspiracy, illegal association, trafficking of weapons of war and terrorism as defined by the Penal Code: for this they have been sentenced to 20 years, months and nine days in prison.’

‘The hearing continues with the remaining accused,’ he concluded. 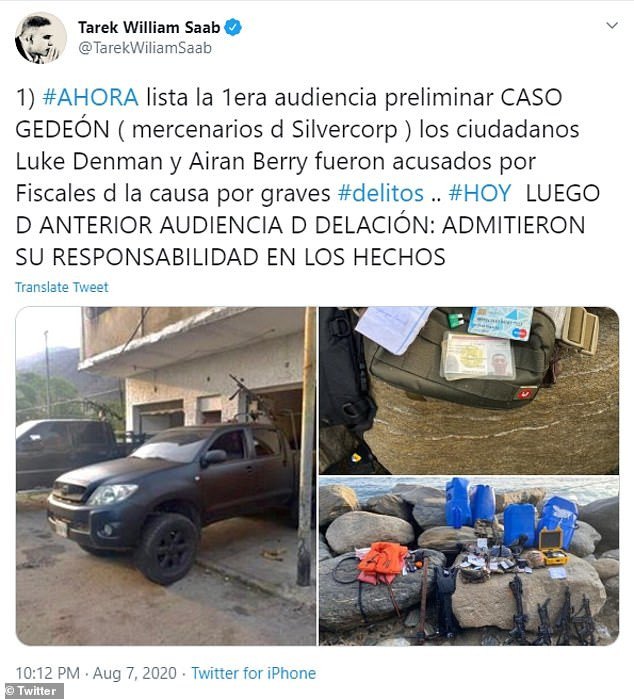 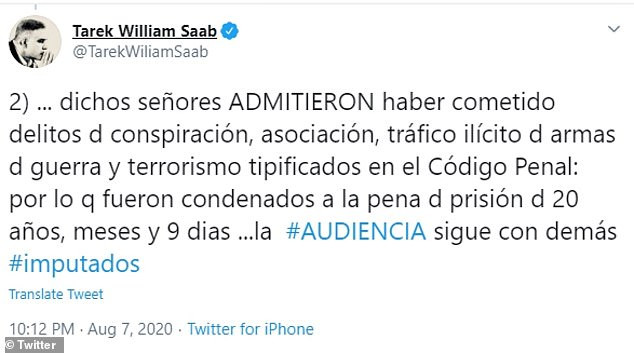